I am delighted today to complete my promise arc to you of an interview with three Regency romance authors this summer! Regency author Heidi Ashworth winds up our summer Regency fun! And yes, stick around because once more, there will be a giveaway at the end of the interview!


Let me begin by saying (or possibly repeating, if I've said it before) that I have long been a fan of Regency romances. But Regency romances have changed greatly through the years. While maintaining the unique ambience of their time period, where Regencies were once usually laced with humor, most have grown much more serious minded in recent years. This is not necessarily a bad trend. It is simply a trend.
Thus, I was delighted to discover Heidi Ashworth's Miss Delacourt Speaks Her Mind 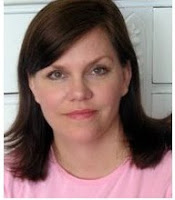 reminiscent of the "classic" Regency romances that I grew up with. It is a delightful comedy of errors, filled with sparkle and wit. I read the bulk of this novel during a flight from Arizona to Utah, and literally fell into a giggling fit during one section of this book. Thankfully, the flight wasn't full and the seat next to me was empty, so I didn't have to explain my embarrassing outburst. A book that literally makes me laugh out loud is rare these days. Needless to say, when the opportunity arose to interview the author, I positively leapt at the chance! It is with great pleasure that I present to you my interview with Regency romance author, Heidi Ashworth.
JDP: How long have you been reading Regency romances?
Heidi Ashworth: I didn't start reading Regency Romance until I was about 25. However, my mother and older sisters had been reading it since I was a little girl and my first real story, written at age 10, was what I considered a regency. Looking back, it wasn't (a contemporary romance set in France is a far cry from the Regency) but I indulged myself on my "official website" by saying (as a joke) that I had been writing regency romance since I was 10 years old--I thought very few people but my family would ever see it. Little did I know Amazon would pick it up and that it would become "fact". (Groan)
JDP: What was the first Regency romance you ever read?
Heidi Ashworth: The first regency I ever read was Golden Songbird by Shelia Walsh. It is still among my favorites. If I had read Golden Songbird after reading a few Georgette Heyer's or some of my other favorite authors, I probably wouldn't have thought it so wonderful. It's so interesting to me how the order in which we read boks impacts our impression of them.
JDP: When did you first realize you wanted to write Regency romances?
Heidi Ashworth: I started reading them when I was spending a lot of time on the couch nursing a brand new baby. Nine months later and about 100 regencies later, I thought, hey, I can do this! After writing The Two Lords Danvers (don't look for it, it's not published) a friend asked me to take a romance writing class with her. I tried contemporary first because I thought that was what was expected but I made the switch to Regency and I'm so glad I did!
JDP: Which Regency romance authors have most influenced you in your love for the Regency period?
Heidi Ashworth: I think this is where I am supposed to say "Jane Austen" but she isn't really the mother of the regency genre--Georgette Heyer was. It is important to note that though the Regency genre and Austen's books have some critical points in common (for example, if the hero had but said X, or the heroine had said YZ, they would have fallen into each other's arms a whole lot sooner) Ms. Austen was writing stories that were contemporary to her time, more social commentary than romance. So, no, she's not on the list. However, Ms. Heyer most definitely is but I would have to say I favor her comedies more than those that aren't (while recognizing, at risk of muddying the waters, that most of her funniest books took place in the Georgian time period). Next would be Joan Smith's earlier books, Barbara Metzger's true Regencies (in fact, she read the galleys of Miss D which thrilled me to my toes!) Marian Devon, Marion Chesney--the grand dames of Regency romance from the 70's and 80's.
JDP: Since I’m always interested in how authors research their historical novels, could you tell us a little about how you researched the Regency era for Miss Delacourt Speaks Her Mind?

Posted by Joyce DiPastena at 11:45 AM

Heidi is a new author I hadn't heard of, so thank you for introducing her to me. I also loved those humorous Regencies from Georgette Hyer!

Thank you for introducing me to this new author and this delightful novel. I am captivated with this unique and lovely book. The interview was interesting and gave me insight into the background of the book and the author.

Joyce, thanks so much for the opportunity to be featured on your blog! You do a great job! I will be posting a link on my blog today, as well.

This book sounds great! I love a good, clean Regency. =)

Heidi, Miss D sounds like the sassy heroines I love to create. I am a Jane Austen fan, but don't know if I could write Regency. So much research I'm glad you've done the work so I can enjoy the pleasure of reading one.

I love Regency books! This is a great interview. Heidi is also a new author to me. This book sounds like a good read and I know I would enjoy it.

Heidi is a new name to me in the Regency Romance. She is a very interesting person! The cover of her book is lovely. Please count me in this delightful book drawing.
Many thanks, Cindi
jchoppes[at]hotmail[dot]com

I'm so glad to find a new Regency author I hadn't read before! I'm a long time fan of Regency, too. I can't wait to read your new book. (Pick me!!!)

Love Heidi and her book! And I can't wait for Miss D 2 to come out.

I loved her point of view on the way Jane Austen writes. It just seems so long and borning and hard to understand without much romance.

This is really one of the most intelligent interviews I've read! Heidi knows her stuff and so do you, Joyce.

I don't know Heidi's books at all but I do like Regencies and this sounds like afresh slant on what is sometimes becoming a bit of a same again" genre.

It is always good when an author tries to put a fresh face on a certain type of novel.

I have just begun rereading all of Georgette Heyer for about the 11th time. After a hard day stretching my brain there is nothing I like better than to laugh! My favorite expression of Ms. Heyer is "he's queer as Dick's Hatband." So, I would love to read Heidi's book. (After I finish Loyalty's Web which I just purchased during my Idaho signings)

Heidi is new to me as well. If you read this, Heidi, I'M GLAD SHE SPEAKS HER MIND! *g* I love a heroine like that. I also love that you've included a mystery in the story. I look forward to reading your book!

This sounds like a fun read! I've never really read any regency romance but I like that she thinks of her book more as a romantic comedy (love that in a movie so why not in a book?). I think it's fabulous that this was actually written as a class assignment!

I've had the opportunity to get to know Heidi a little bit through her blog, and just adore her!
Thanks for sharing your interview with you with us!!

Heidi is awesome and I want to win a copy of her book! You did a great job with the interview!