I can't afford to travel to all the places I'd like to visit to research my books--besides, the price of a time travel machine is absolutely prohibitive!--but thanks to the internet, I can virtually visit the places I research. Here are a few places I visited today.

(Did you know there was a huge earthquake there in 1169? It was over there on the east coast. It triggered a tsunami and at least 15,000 people died.): 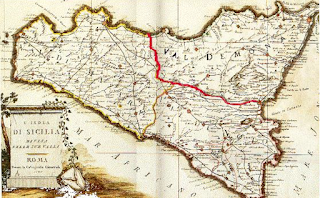 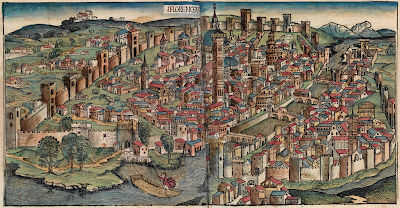 Where will I go next?

Posted by Joyce DiPastena at 9:28 PM No comments:

Labels: research, travelogue inside my head

Here it is! The cover for my next Hearts in Autumn Romance, Courting Cassandry! 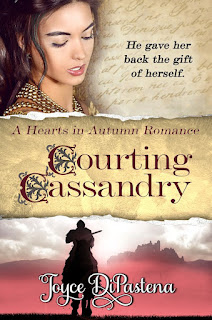 What is a Hearts in Autumn Romance?

My new Hearts in Autumn Romance ~ Courting Cassandry ~ is coming soon! I hope to have the pre-order up within a couple of weeks, with a mid-February publication date.

Why, you might wonder, am I publishing a title in a "Hearts in Autumn" series in February? Contrary to what you might expect, my Hearts in Autumn romances have nothing to do with the season of the year, but everything to do with the season of my characters’ lives. The stories themselves are equally likely to be set in the spring, summer, or winter as in the fall. The “life season” for the heroes and heroines of these stories, however, is their 40s and 50s.

Some readers ask me why I picked those particular years to describe as an “autumn romance.” 40 and 50 doesn’t seem very old, or “autumny,” to them at all! Certainly in our day and age, when many live into their 80s and 90s, we consider these years only the middle of what all of us hope will be a very long arc for our lives.

But this was not the case when my medieval romances take place. During these centuries, life spans were much shorter, even among the wealthy. Up to a third of all children died before the age of five. Women, whatever their status, faced serious risks in childbirth. Up to 20% of women likely died either during childbirth itself or of infection that often followed delivery. Many men were claimed by war. And protection from disease for men and women of all classes remained primitive, at best.

There were exceptions, of course. Queen Eleanor of Aquitaine lived to be 81 or 82. But this was far from the norm. She was the wife of two kings in her lifetime, Louis VII of France who died around the age of 59/60, and Henry II of England who died at age 56. Her children fared no better than their fathers. Her children by Henry II lived to the following ages:

And all of these people were royalty. Think how much more challenging life must have been for the less privileged of their day and age.

I hope this helps put into perspective the lives of my characters and what would have been very legitimate concerns to them during the “autumn years” of their lives.

Despite the odds my characters must have known they were facing, they remain determined to live with optimism and love for however many years Heaven is willing to grant them. It is in that same spirit that I hope you, the reader, will enjoy my Hearts in Autumn romance series.