Recently I travelled with one of my secondary characters, Gerolt de Warenne, to the Church of Saint-Etienne in Beauvais France. Gerolt is the hero of my second Hearts in Autumn romance, Courting Cassandry, where he has grown up to be a very level-headed man. But in the sort-of prequel I’m writing (“sort-of” because Gerolt is a secondary character, not the hero), Gerolt is a somewhat wild nineteen-year-old who repeatedly falls into trouble with his best friend, Samson. 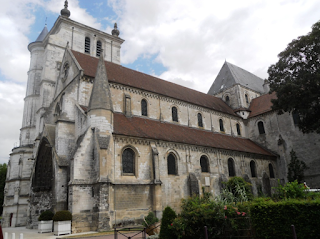 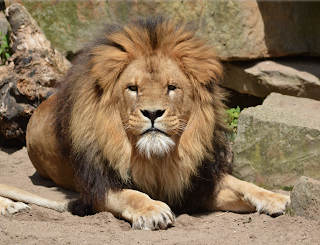 Gerolt and Samson frightened all the canons with their midnight “break-in.” The next morning, the lord of the castle made his displeasure with his guests’ behavior known and Gerolt and his traveling companions were politely but pointedly invited to continue with their journey elsewhere.

The Play of Daniel was a medieval liturgical drama (religious dramas performed in Latin). The play dates from the 12th century and exists in two forms. The earliest known written version contains text but no music. A version from the 13th century includes monophonic music written by students who formed the cathedral choir at the Cathedral of St Peter in Beauvais, France. (Constructed later than the Church of Saint-Etienne.)

Here is a 10 minute clip from the Play of Daniel as performed at the Met Cloisters in New York City in 2008.

Labels: travelogue inside my head, What Am I Writing Now?
Newer Posts Older Posts Home
Subscribe to: Posts (Atom)