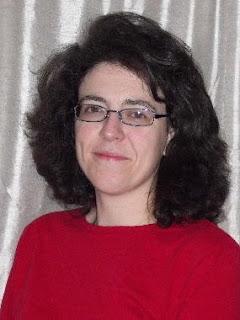 It’s been awhile since I’ve held an author interview and giveaway, but I have one today with Felicia Rogers, who writes sweet romances. Stay tuned after the interview to learn how you can win a copy of Felicia’s inspirational historical suspense novel, There Your Heart Will Be Also. (E-book, PDF)
JDP: Welcome, Felicia! There Your Heart Will Be Also is set in the 1550s, during the reign of Edward VI, the son of Henry VIII. What did you find most fascinating about this time period?
Felicia: The most fascinating thing about this time period for me was discovering the Wedding Ceremony.  While I was researching for my book, it came to my attention that the wedding ceremony we use today originated in the Common Book of Prayer.  This book was written by Thomas Cranmer, the Archbishop of Canterbury, and accepted by Edward VI in 1558-1559.
JDP: I’m always interested in how authors research their historical novels. Could you tell us a little about how you researched the historical background for There Your Heart Will Be Also?
Felicia: How I researched information for my novel was by using internet sources such as Wikipedia.  I also used Foxes’ Book of Martyrs, and the Bible.
JDP: Can you share with us your top three favorite research books or other resources?
Felicia: Two research books or resources I use on every book I write are the Holy Bible and Wikipedia.  I do use other materials depending on what I’m looking for.  One book I wrote recently concerned flowers in a different country.  I used various websites to answer those questions but I couldn’t point to anyone in particular. Also, two books that I use regularly are Scotland, The story of a Nation by Magnus Magnusson and King and Queens of England and Scotland by Plantagenet Somerset Fry.
JDP: Are there any historical figures from the era of There Your Heart Will Be Also who particularly intrigue you?
Felicia: There is no way I could pick one historical figure from this time in history and say they alone intrigued me.  From Henry VIII until the end of Elizabeth I’s reign there is one interesting figure after another.  From young Lady Jane Grey taking the throne for right at a week only to be ousted by Mary and eventually beheaded for the attempt, to Mary Queen of Scots who desired the throne at eighteen yet was beheaded before achieving her goal.
The entire monarchy of the time intrigues me.

JDP: What inspired you to write There Your Heart Will Be Also?
Felicia: My inspiration for There Your Heart Will Be Also is hard to pin point.  I had just stopped reading a wonderful series of historical romance novels and I emailed my cousin, who is a genius with words, and asked her if she would like to write a novel together.  She agreed.
So I sat down and began writing bits and pieces of a story and sent them along to her.  Due to a busy schedule she was unable to help with the project and in the end I finished the entire story alone.
The book honestly started out as something vastly different from what is has become.  In the beginning, I only wanted to see if I could actually come up with a complete story.  Could I get from the beginning to the end and have something that still made sense.  But overtime my ideas changed and developed into wanting something more.  Something that if put out there I would be proud to say was mine.
I guess you could say I took a little bit of all my knowledge combined it with what I like in a book and thus my story a born.
JDP: Tell us a little bit about There Your Heart Will Be Also.
Felicia: Only daughter of an English lord, Sarra of Greenbriar, is used to getting her way. So when her father passes and the King begins sending suitors, she feels justified in taking matters into her own hands. Through a series of harmless pranks, Sarra works to keep the potential husbands at bay.
Cedric MacNeil is a Scotsman that has lost it all. Death claimed his parents and jealousy claimed his entitled position as Laird of his clan. Since his mother was a familiar of the English court, he leaves his native land and heads to England to fight on behalf of the English King. Tournaments are won, earning honor and glory for the crown. Cedric’s reward is the opportunity to gain what he wants most in this life, land.
But as he gets to know Sarra, he realizes he might get more than he bargained for.
JDP: Are you working on any new projects?
Felicia: Currently, I’m editing a chick-lit and a contemporary inspirational romance which should be out close to the first of 2012.
JDP: Where can readers obtain copies of your books?
Felicia: Copies of my books can be obtained at Amazon, Barnes and Noble, Astraea Press, Bookstrand, and other ebook retailers.
JDP: Thank you for visiting us today, Felicia. It was delightful to get to know a little about you and your book.
More about Felicia! : Felicia Rogers, born and raised in the southern part of the United States, is a Christian wife and mother. She is just your average, ordinary woman, with a side interest-- writing. For eleven years, every waking moment of her life was consumed with changing diapers, wiping noses, and kissing scrapes. But now that her children have grown and she enjoys a modicum of freedom, in addition to taking care of hearth and home, she writes!  She enjoys adding a flavor of realism and humor to her all too real romance stories. For what is love without a little laughter! Read more about Felicia and her books at http://feliciarogersauthor.webs.com/
Okay, now for the giveaway! Felicia is giving away 1 PDF copy of There Your Heart Will Be Also. I’ve been alerted to new rules (well, new to me) for conducting such things as giveaways, so all you have to do is leave a comment on this post with your email address so I’ll know how to contact you if you win. Since this is a PDF, the giveaway is open to International entries. The deadline to comment is January 29, midnight PST. I’ll draw and announce a winner on January 30.
OFFICIAL RULES:
NO PURCHASE NECESSARY
Entrants must be 18 years or older
Giveaway opens January 23, 2012 and runs through January 29, 2012
Entries may be left in a comment or sent via email to jdipastena@yahoo.com
Prize: 1 PDF copy of There Your Heart Will Be Also, by Felicia Rogers, retail value $2.99.
The number or eligible entries received determines the odds of winning
Winners will be selected on January 30. Winners have 48 hours to respond to an email notifying them of their win.
Prizes not claimed within 48 hours will be reawarded
Sponsor name and contact info: Joyce DiPastena, jdipastena@yahoo.com or PO Box 673, Kearny, AZ 85137
Legal venue: Arizona (no, this doesn't mean you have to be from Arizona to enter!)
VOID WHERE PROHIBITED BY LAW
Posted by Joyce DiPastena at 9:00 AM

Sounds like a fun giveaway and an interesting book too.
Thanks JDP! mrs dot farmgirl at gmail dot com

Thanks Joyce for hosting me. Sarra and Cedric's story was the first novel I wrote and it has always held a special place in my heart. This past week my inspirational Chick-Lit, Love Octagon, just hit the ebook market and on Thursday my inspirational contemporary suspense, The Painted Lady, will also be up for sale! I just can't believe how much I've been blessed.
Again thanks for having me. I hope everyone can enjoy Sarra and Cedric's story as much as I have.

Getting Your Read On said...

I love reading books set in this era. Thanks so much for the opportunity to win!

This is an entry for Mary L. Brady, who sent me an email because she was unable to leave a comment on this post. bradyml@comcast.net

Hi Felicia, I have never red one of your books but I love this time.
debby236 at gmail dot com

Thank you for taking the time to do this giveaway :)

This sounds like a great historical romance! I would love to be entered to win a copy:) Thanks for the giveaway, Joyce!

Joyce can tell you that I love this time period. Your book sounds intriguing and I really like the cover. I would absolutely LOVE to read your book and put a review on Amazon and Goodreads.
kwixylver@cox.net

Felicia, your book sounds fascinating, and if Joyce says it's good, then I know it is. Besides, I love historical novels. I picked on up last year and found it set in WWII. Wow. That makes ME historical.