Book Review of "By Love or By Sea", by Rachel Rager

Alice Lind Frank never forgot the boy she loved when she was just six years old, even after he was lost at sea. Now as a young woman, Alice has found happiness in living and working with her grandparents, and in the affections of Clarence Hielott, the wealthy shipyard owner who intends to make Alice his bride.
When a ragged sailor appears in town, Alice is reminded of the young boy who once held her heart. Upon learning that the sailor is in fact her childhood love, Caleb, she finds herself falling for him again.
But Clarence refuses to let this ghost from the past destroy his plans for the future. He exposes the secrets of Caleb’s past, and Alice realizes that the boy she once knew is now a man with a dark history. Soon Caleb and Clarence are locked in a fierce competition for Alice’s heart.


As a reader who is always interested in the “setting” of a story, I felt a bit muddled at first in By Love or By Sea, as I couldn’t quite pinpoint where the story was taking place. While it had a feel of a “historical”, rather than a “contemporary” romance, I admit I found myself stumbling a bit until I realized that Ms Rager has placed her story in a fantasy kingdom with enough roots to anchor it in a sense of reality, while yet brushing the story with the feeling of a fairytale romance. Once I found my bearings, I was able to sit back and enjoy the story.


The heroine, Alice, is a spunky but tender-hearted girl who always looks for the best in others. Her relationship with the elderly, embittered Betsy Winters challenges both her patience and preconceptions. How this relationship eventually impacts Alice’s romance with the love of her youth, Caleb, the reader will have to discover for herself.


Alice’s desire to see the best in others is challenged as the secrets of Caleb’s past begin to be revealed. Can she forgive the past hurts he’s caused her? And after all Caleb has been through, is there any “good” left in him for Alice to find?


My favorite line from By Love or By Sea: The sensation [Caleb’s] kiss evoked within Alice caused her knees to buckle, and she melted against his body like honey on a hot biscuit.


By Love or By Sea by Rachel Rager is a sweet, tender romance sure to be enjoyed by die-hard romantics everywhere.


I had the privilege to ask Rachel a few questions about herself and her writing. I hope you enjoy the exchange that follows. 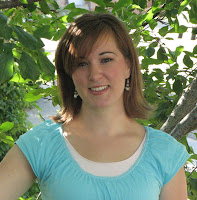 
When she meets a mysterious man on the road, Mr. Alan, her entire world shifts. She is no longer invisible to the world. Amid trying to care for her ill mother and her siblings, she finds herself kidnapped, courted by two wealthy men, and demoralized by Eleanora Key. Through it all, she learns her worth as a woman and the importance of maintaining the values she’s always believed in. But she must discover the secrets of Mr. Alan before it is too late.
JDP: Oooo, I love the mystery angle! Can't wait to read this one, Rachel. Thank you so much for taking time to chat with us today.
Rachel: ~ Thanks for having me, Joyce. This was fun!
You can read more about Rachel Rager on her website and blog. Copies of By Love or By Sea can be purchased on Amazon.com and CedarFort.com.


For a chance to win a copy of By Love or By Sea, become of follower of Rachel's blog or leave a comment on any or all of the reviews on her blog tour listed below. Each comment will be counted as an entry in her drawing, so the more reviews you comment on, the more chances you have to win!

What a great way to end the blog tour!! I really enjoyed the review and the interview. I think it is great that Rachel is getting such good advice and tips from authors along the way too. I really think I would enjoy this book!
tbkress1 at msn dot com

Great interview! I am very interested in reading this book and I would LOVE to win a copy.

Good luck, Rachel. I've enjoyed following you on your blog tour. Wishing you many sales--

Grerat review of "By Land Or By Sea", Joyce, and an interesting interview with the author, Rachel.

Both questions and answers grabbed my attention and I'm looking forward to winning this contest so I can read the book!

Great interview, Joyce and Rachel your remark about not knowing about ships and very little about pirates reminds me of the advice in the recent writers conference I attended. They said, "write what you don't know, instead of what you know." I thought that interesting advice and you apparently did very well in your research from the interview. Larry

Thanks for doing this, Joyce! This was a lot of fun! And I laughed when I read the title of the blog! "By Land or By Sea" instead of "By Love or By Sea." I didn't choose the title and so it makes me laugh! I hope you had a good time with this too! Thanks again!

Oops! Sorry about that, Rachel! I went back and fixed it. Better late than never. :-}

I love how there is a girl as the main character. They so often come second to the boys. Alice seem like a headstrong girl.

Really interesting review and interview. :) And I'm getting curious about those forthcoming stories too! :)

Good review and interview! I like how you picked a favorite line! This book and her others sound interesting!

Fun review and interview! I wish Rachel lots of luck. :)