What Am I Writing Now?

I finished my first draft of Meg's story (official title still to be determined) this week, and found a whole new cast of characters already clamoring to have their turn on the page. Since my life is a little topsy-turvy at the moment, making it difficult for me to concentrate on writing long forms (like, oh, say, another novel), I've decided to focus on a few short medieval stories over the next few months. My first two will be Christmas stories...well, more or less. Meg's a little less. My new story, which I'm currently calling Isabel's story, is a little more Christmassy. Or I hope it will be when I finish it, anyway.

I wanted to find some pictures of my two new heroines to share with you, but apparently these women only exist in my head because none of the pictures I found quite match my imagination. But here's a little tidbit for you. Meg's story revolves around a reliquary box. What is a reliquary? It's a container for holy relics, usually objects associated with the Catholic saints. Many reliquaries were quite elaborate, such as this one, currently housed in the Louvre. 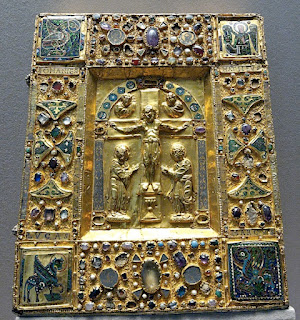 Meg's reliquary is somewhat simpler, made of carved wood instead of gilded over in gold. Hers does have a cross carved on the top and some other scrolling around the sides, but instead of the figures decorating the four corners, Meg's reliquary has a jewel in each corner in this order: 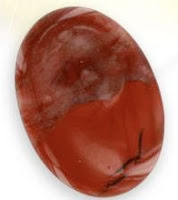 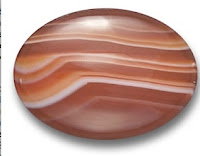 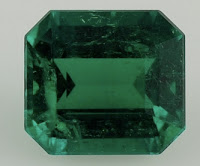 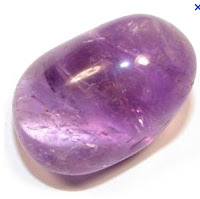 My hero, Burthred, guessed the meaning of the first three, though not the fourth. Can you guess what each stone represents, too?
Posted by Joyce DiPastena at 8:00 AM

Labels: A Candlelight Courting, Isabel's story, Meg's story, What Am I Writing Now?