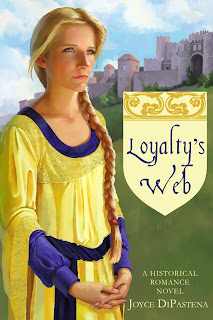 I just realized I never posted the first chapter to Loyalty's Web on my blog! Just goes to show you how blogging-green I was when Loyalty's Web first came out. For those who have not yet read it and might be interested, I belatedly present to you...Chapter 1 of my sweet medieval romance, Loyalty's Web!