Robert and Gunthar's relationship continued to evolve in this week's writing of The Lady and the Minstrel. While they are still with King John's troops in France, Friday's writing session slipped back home to England again to see what Marguerite is up to now. Here is a new sampling.

Monday: Unconsciousness would have been welcome, but also humiliating.

Tuesday: If he failed her, if necessity required him to drag her from town to town, performing for pennies and sometimes no more than a crust of bread—how long would her love for him last then?

Thursday: Did he think Robert’s father’s words as heretical as Simon Beckford had? How could a man of Gunthar’s birth think anything else?

Friday: Lady Leah had refused to allow him all the way into the castle’s hall, exclaiming that he should dirty the rushes, as though the mud from Ned’s fields that crusted his shoes was somehow more filthy than the muck Marguerite’s father stomped in when he came in from the kennels.

And as a bonus, I got a new cover for my short-short e-story, An Epiphany Gift for Robin, this week. In case you've read Epiphany and weren't aware (and most readers aren't), Robin, the little boy in the story, grows up to become my hero, Robert/Rob, in The Lady and the Minstrel. :-) 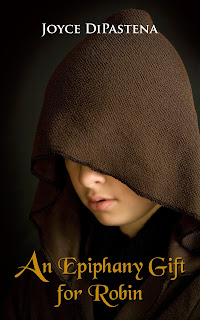 I love the Tuesday entry--so much subtext for the character.