Unlike my previous novels, which took place in Poitou, Dangerous Favor takes place in Normandy.

Normandy: A region of northern France bordering the English Channel, ruled by Henry II of England during the Middle Ages; assigned inheritance of Henry’s eldest son, Henry, the Young King (along with England and Anjou)

You can see Normandy on this map directly across the channel from England (D. of Normandie) 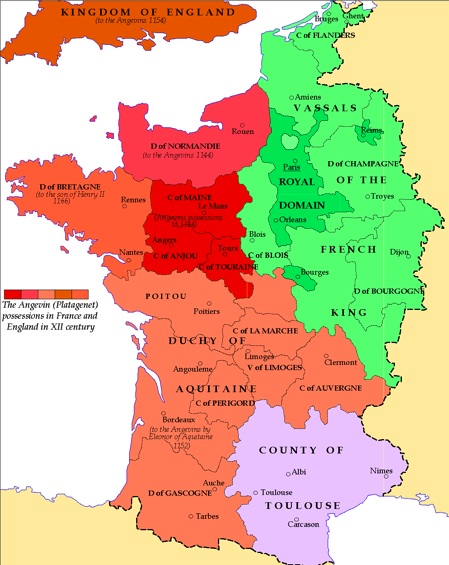 I LOVE your medieval words of the day. I knew where Normandy was but not Poitou was so thanks for the cool map.