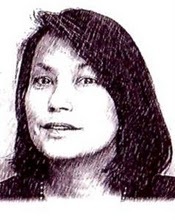 I'm excited to share with you today an interview with Victorian romance author, Debra Brown. Along with the interview, Debra has graciously offered to give away a PDF copy of her romance, The Companion of Lady Holmeshire. Stick around and I'll tell you how you can enter at the end of the interview!

JDP: Please tell us a little about your Victorian romance, The Companion of Lady Holmeshire.
Debra: Emma Carrington was a foundling infant who grew up to become the companion of a warm-hearted countess. She had served as a servant, and so when the countess wanted to take her along to tea and banquets in aristocratic circles, she was not warmly received. Emma had feelings for the young Earl of Holmeshire, but he was engaged by arrangement to a London lady, and of course, Emma was not in his class. There are humorous romantic tribulations with a downstairs servant couple and anguish of the hearts upstairs as well. Mystery is woven throughout the plot, and to this day, no reader has reported guessing the sudden twist at the end.
JDP: Are you working on any new projects?
Debra: Yes, I am enjoying writing a second book, currently titled For the Skylark. It is very different from Companion, more emotion, more focus on a person. Companion is mostly a story about several people with a great plot. Skylark is so focused on a person that you don’t realize there is a plot until suddenly everything comes together at the end.
JDP: Where can readers obtain copies of The Companion of Lady Holmeshire?
Debra: Publisher’s Website: https://www.createspace.com/3646768
Amazon, Kindle and Print: http://amzn.to/nxH6Uh
Barnes & Noble, Nook and Print: http://bit.ly/p5fCWX
Smashwords: http://bit.ly/pQgKbK
Feel free to visit my website: http://bit.ly/l8aOKs and my blog: http://bit.ly/mZn4IL
JDP: Thank you for joining us today, Debra!
Now to the giveaway. For a chance to win a PDF copy of The Companion of Lady Holmeshire, just leave a comment on this interview WITH YOUR EMAIL ADDRESS.
(If you are unable to leave a comment, you may email it to me at jdipastena@yahoo.com)
Deadline for entries is Wednesday, September 28, midnight PST. The winner will be announced on September 29.
Debra asked me to include the following in relation to her giveaway:
RULES
1. No purchase necessary.
2. Your email address will not be used for any other purpose.
3. The PDF is available internationally.
4. The contest runs from Sept 21-28.
5. The contest is being offered by author Debra Brown, 604 NW Linden Avenue, Corvallis, OR 97330 USA.
6. The prize will have one winner and will be valued at the price of the book.
7. The winner will be chosen by random drawing.
Posted by Joyce DiPastena at 9:00 AM

Joyce, thanks for having me here! BTW, there is also Hearst Castle, also open to tour. :) I haven't been there yet, but it is a lived in castle. I hope to see it, too.

You will love touring Castello di Amorosa. The stones were actually brought from Europe as were many of the fixtures. It is truly a medieval castle, other than its age and location. It may be as close as we can get to the real thing. :)

That was a great interview. I enjoyed getting to know Debra and her writing better. :)

Thanks for this giveaway.

Good luck with your new release!

Thanks for the great giveaway! I love romance, especially that of the Victorian era. Although this is a new author for me, I would ♥♥♥ the opportunity to read this book! Like the author I am also fascinated by the propriety of the era.

This sounds like a great historical romance, and I would love the chance to win a copy! Thanks for the awesome interview and giveaway :)

Debra, I can't believe how much we're alike! Victorian clothes was the first thing that drew me to this era. And...I LOVE research! Your story does sound very interesting!

I enjoy the Victorian era almost as much as the Regency era, and yes, the clothing was absolutely beautiful!

I didn't realize there was a castle in CA, either. The only one I knew of was Hearst Castle, and it's not really a castle, it's a mansion.

Thank-you in advance! This is one of the best blogs Ive ever read. I was not expecting that I’d get so much out of reading your write up!
buy windows 7 ultimate